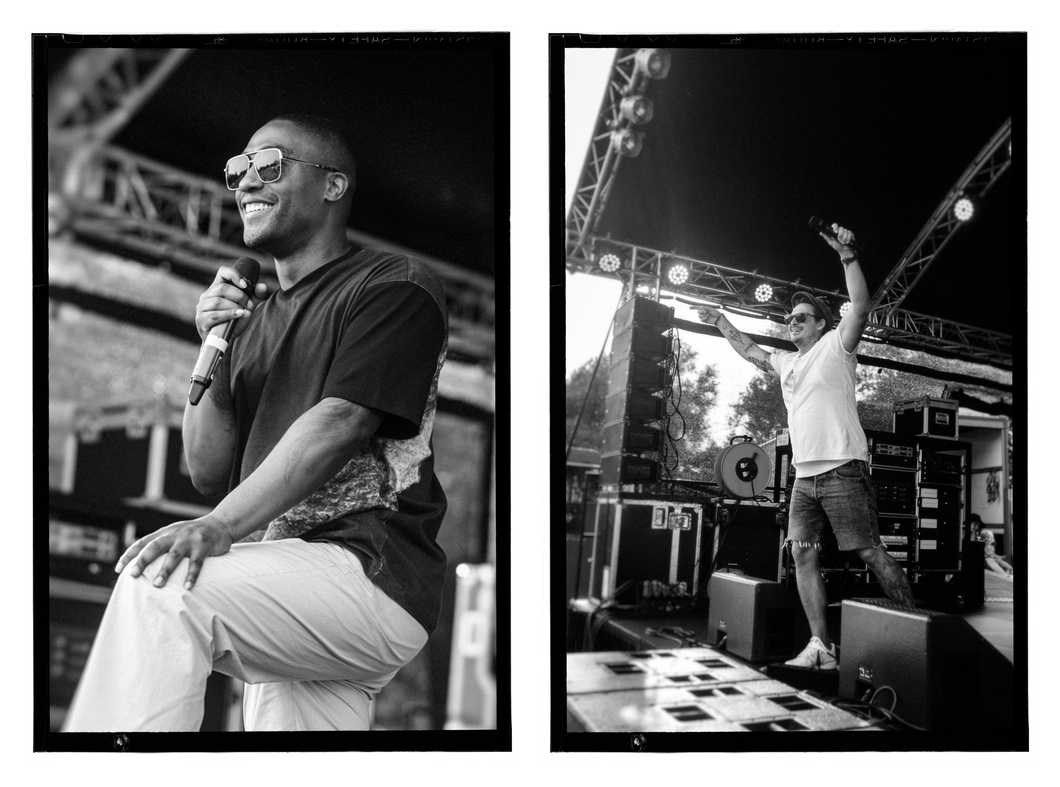 Like when I met and photographed the case of Red Dwarf a couple of years back, (then sitting in a green room at an event having lunch with them whaaaat) this was another one of those “thirteen year old Becky would be so excited if you told her she’d be doing this in 20 years” moments.

Like I imagine a lot of girls now in their 30s (any others out there?), I loved Blue when I was younger, would’ve given anything to meet them!  I remember at school when we were 13 using the payphone with 2 buds to call Lee’s Mum’s hair salon at the time in London to see if she could help us get passes for the tour to meet them, we’d try anything! Even my little Nana got in on it trying to help and spoke to his Mum one evening too and spoke about having the same Ryan name (like that’d make a difference haha, but worth a try Nana!), his Mum did have a chat with her and said they had relatives in Liverpool too, she was nice and polite to be fair given we were strangers and said she’d see what she could do… but of course that never went anywhere and I imagine she got asked a lot!

I’d been having a bit of re-listen to Blue this year, not sure what started it, just listening to music from the 00s for nostalgia I guess, and when I saw Lee and Simon were doing some small shows at a food festival that goes to different spots around the country I really wanted to go!

I’d originally planned to make it to the Tatton Park show and was absolutely gutted when last minute things out of my control meant I could no longer make it, but decided to brave the further afield stop, Winchester, which was last weekend! It was a right trek, over 3 hours from home!

The food festival event ‘Foodies’ was a cool day in itself.  We enjoyed a Pina Colada in the sun, listened to some bands and wandered around trying free food and drink samples.  Lee was wandering around a bit in the afternoon, he arrived a few hours before they were on (they were the headliners so weren’t on stage till gone 6) and I decided to brave approaching him to ask if there was any chance I could shoot a few portraits with him, he seemed approachable and initially seemed okay about the idea of posing for a quick couple of photos.  I left him to it, getting some food and drink then asked again when he was on another part of the site later in the day and he seemed like he wasn’t really comfortable about having his portrait taken, but was happy to pose with selfies for everyone, so I said it’s cool, if he’d really rather I didn’t shoot some photos of him can I grab a quick selfie and he said of course, so I did, pictured above!  I’d done a bit of art/portrait practice of the Blue boys a few weeks back so decided to print a copy to give him and Simon incase I saw them, so I gave him that too before heading off (also gave him one I’d done of just himself).  He seemed super appreciative and genuinely liked them which was nice!  He said something along the lines of, “Oh you’re so sweet, they’re amazin’ I’ll have to show the boys” and walked off still looking at them.  I even saw him showing the two people he was with so that was lovely. 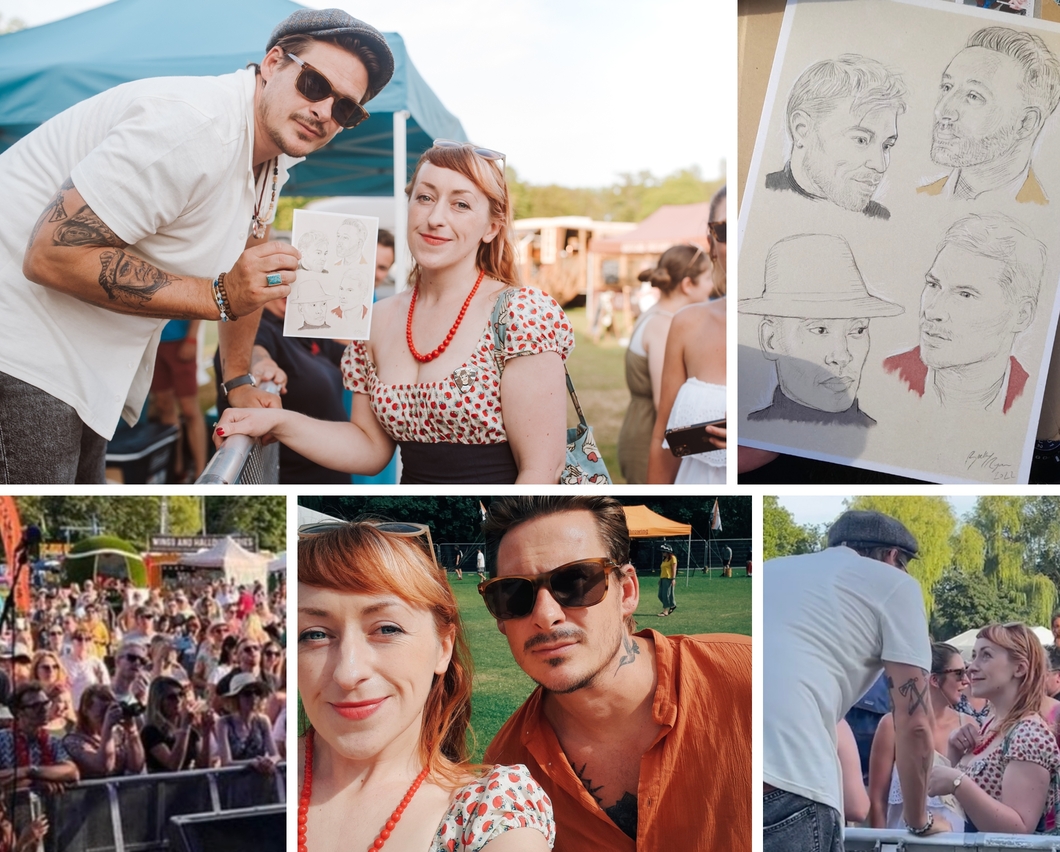 PINIMAGEUnfortunately I didn’t meet Simon, I think he’s a bit less into the mixing with fans side of it perhaps/more reserved in that way, but I did manage to pass his copy on to a member of staff who was ‘looking after’ him round the backstage bit so hopefully he got it!

Anyway, I may not have got to do my posed portraits (to be fair it was a ridiculously hot day and maybe he felt a bit uncomfortable about not being dressed how he may want to be for any manner of shoot even a 2 minute one and wants have more prep for something like that which I understood), but I did take a bunch of portraits of them while they were performing, so that’ll do! Maybe there’ll be another opportunity some day, please universe? <3

I actually randomly felt a bit emotional after speaking to Lee, thinking back to Nana on the phone trying to help us get to meet them, “and having the same name y’know”, haha, managed it Nana! Took 20 years but I did it! 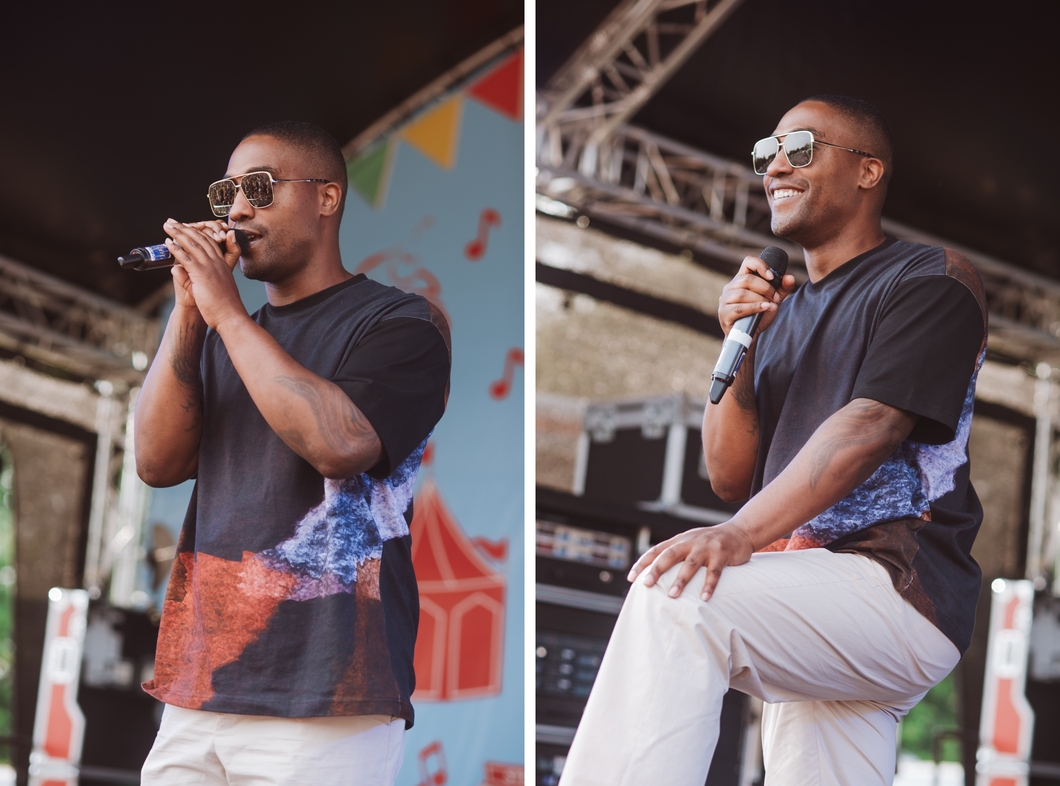